What rack and chambers do you use for Von Frey assay?

What do you use?

We built our own mesh rack from 1/4" mesh and some wood. We use the IITC plexiglas chambers.
https://www.iitcinc.com/Mesh_Stand.html

Building your own rack saves a lot of money, but for people who don’t want to make their own stuff, what are you solutions?

We have the IITC mesh rack, which is not excessively expensive about $1500, but we also built our own mesh rack using materials from Home Depot for less than $100. We have Plexiglas chambers from IITC and Bioseb. We like the Bioseb ones, because they are smaller, opaque and cheaper - two modules of 6 chambers each for less than $500. Link to Bioseb chambers: https://www.bioseb.com/bioseb/anglais/default/item_id=1206_cat_id=19_Modular%20holder%20cages%20for%20rats%20and%20mice.php

Thanks Temo. That’s a good price on the Bioseb chambers, yes.

I was thinking about getting some Acrylic tubing and making a bunch of circular chambers
http://www.eplastics.com/Plastic/frost-and-color-acrylic-tube/EATPNKRED193573-000X2-750X72 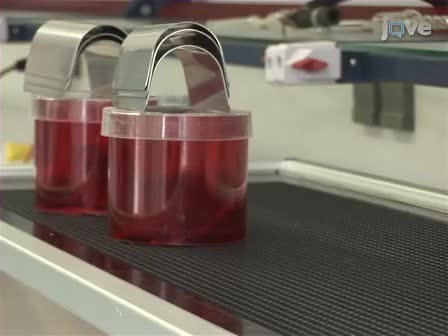 We built our own set up using wire-bottomed cages from our animal facility. I do sometimes worry that although they are mouse-sized cages for single rats, they are too big for von frey testing. The IITC chambers are certainly smaller! Any thoughts on issues of rodents having too much space to move around during von frey?

The Mogil lab built it’s own set up - It’s a bit different from these images you’ve posted. It’s essentially a metal sheet with holes in it, no wiring at all. Will post images shortly.

Cool. Here is our home made one.

I want to scale down the chamber size. The mice move too much. I’ve seen people recently using those round cyclinders with little head space. You don’t want to cramp the mouse but it’d be nice to restrict too much movement.

Another low cost option that I just implemented today:

I thought it might be too small, but I think the mice have enough room, but not too much room. What do you think? @ShanTan @liz @tberta @LegakisL @ram_kandasamy

All together, I got 23 chambers for ~$150. That’s a steal. I wanted to see from the side, but they have red/amber colored, which is more opaque to the mice, and might be better to calm them down. In any case, I noticed the mice habituated more quickly and didn’t jump around for as long as they do in the larger rectangular chambers.

Update - 2017-12-01: I’ve used these new chambers this week, and so far I’m very satisfied. The mice quiet down much more quickly. During testing, they’re much more calm. They don’t jump and walk around the chamber, as they did previously in the larger chambers we had. They have enough room to not be squished, but not so much that they can do acrobatics. And best of all, these chambers being smaller, I can increase my subject numbers without needing another rack. If I wanted to, I could comfortably put 30 mice on this rack.

One thing I might try is to get amber/red colored rounds, so that the mice don’t get excited by their neighbors.

Some good discussion here on materials to make your own rack:

Has anyone had luck finding wire mesh to build their own allodynia rack? Please RT @FlyBottleEscape @AmynahPradhan