Has anyone been trying tissue clearing methods on spinal cord and DRG? I’ve messed around with CUBIC on the brain and it’s pretty good. iDisco clears very well and is fast, but the organic solvents used become a problem on certain light-sheet scopes.

We using CUBIC on skin and TG right now, and so far it’s looking awesome: 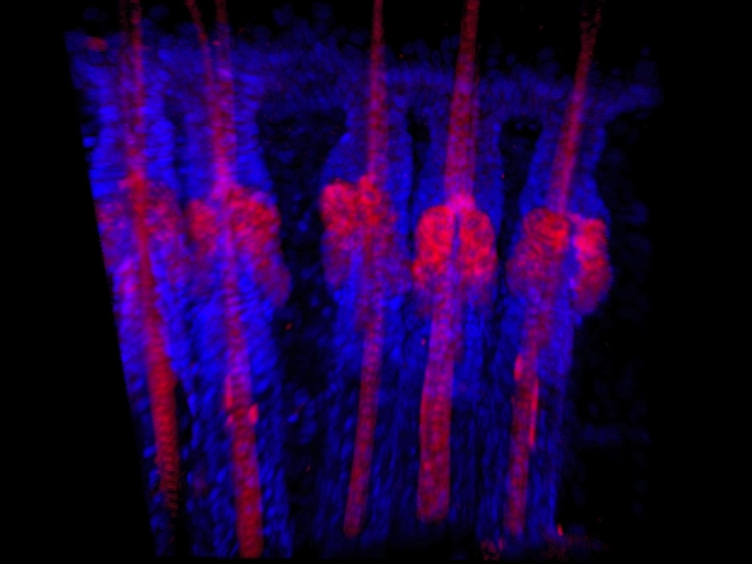 What are your experiences?

Right after the first CLARITY paper was published, we tried using it on spinal cord (neonatal rat and adult mouse). I was never able to achieve the degree of clarity that was shown in the paper - I remember that nice picture of the brain so clear that you could read through it…that definitely never happened for us in the spinal cord. The neonatal rat cord was probably the best, since myelination is low to begin with. While never clearing completely, the tissue did become somewhat translucent. I only spent a couple months on the technique and then abandoned it when it became clear that even if I did get decent clearing, our microscopy core didn’t have an imaging setup that could be used to view the specimen in the end. This was about 5 years ago at this point, so I would imagine that improvements have been made regarding both the technique itself and the accessibility of imaging systems that span thick tissues.