EF1a promoter to drive expression in DRG in vivo?

Has anyone used EF1a promoters to drive transgene expression in DRGs in vivo? I’ve had success with hSyn, and recently, a paper from Haenraets et al showed CAG works well for DRG. But EF1a is also very popular and it’d be nice to use. I haven’t tried in vivo. EF1a works on cultured DRGs (I’ve tried this) but I’ve not seen any in vivo.

To answer my own question: 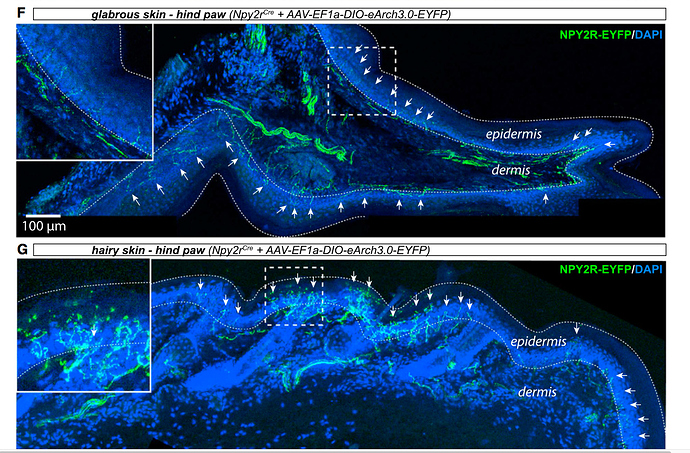 They injected into the L3-L4 ganglia directly. I was thinking intrathecally. So that remains to be determined. But it looks like EF1a promoter is active in DRG.

Hi, Did you try the intrathecal injection with EF1a promoter? Did it work for you in DRG?

I tried. Didn’t look great but I don’t have much confidence in our viral prep in that instance. Try something from Addgene or UNC core and see how it looks. Let us know.